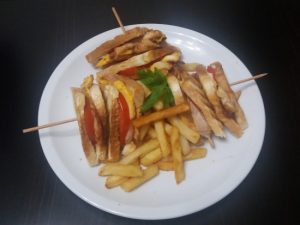 If you have guests coming or it’s movie night with your buddies and you want to impress them with your mad skills then this is the perfect snack which you can make in no time.

Put in one small bowl

Heat the pan on medium to high heat, add oil and fry until your meat is like on the picture. 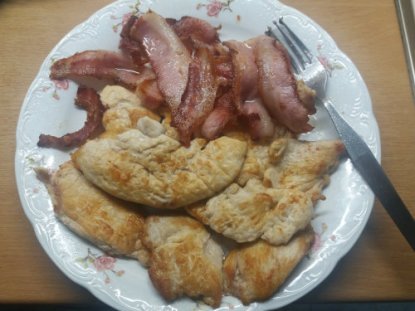 You’re not done with the pan yet, beat 2 eggs into a cohesive, mass add salt, and fry the eggs until they get a nice golden color like you would for an omelette. Then put the french fries into the pan.

Get the fried egg out of the pan and cut it up so you have enough for all sandwiches. 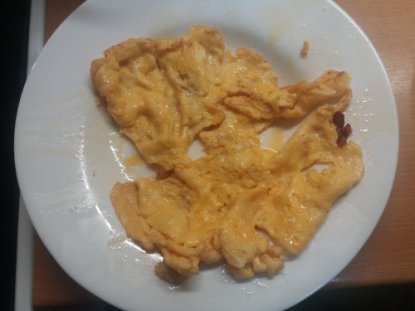 Take the toast bread cuts and stack in between a piece of bacon, a piece of chicken breast, tomato slice and a piece of fried egg.

After you have done that, put them into a grill press and toast until they are nice and crispy. 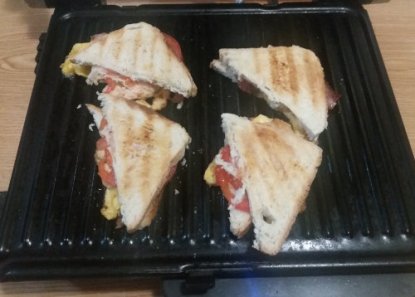 Now you are almost done. Pin the sandwich’s layers together by piercing two mini sandwiches with one skewer

Serve with french fries in the middle of the plate, condiments are optional.

One more thing, NEVER put 4 sandwiches on one plate (yes this was a JoJoke) 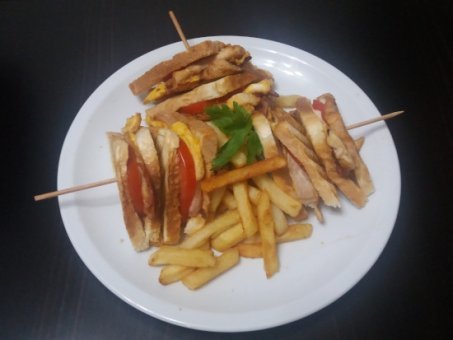